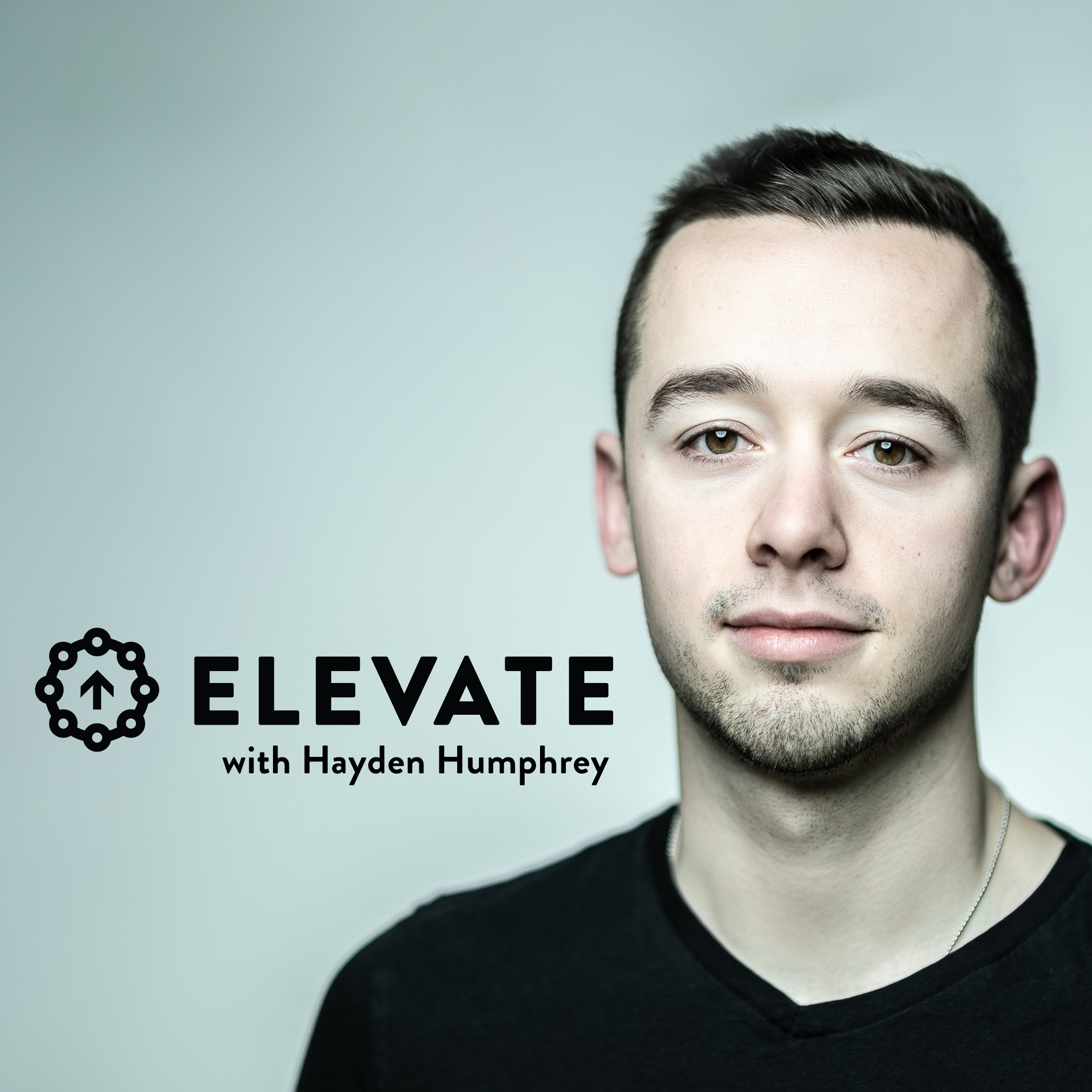 The Elevate Podcast is out to document and elevate the human experience through conscious conversation.

Each week, Success Coach Hayden Humphrey, brings you real, authentic interviews with leaders, rebels, and rockstars who are out to make the world a better place.

Bushra Amiwala is the youngest Muslim elected official in the United States. Bushra travels around the country to share her story in hopes to inspire others to take action.

Hello everybody and welcome to Episode number five of the Elevate Podcast. The podcast that’s out to document and elevate the human experience through conscious conversation.

I’m your host Hayden Humphrey, and today I’m incredibly excited to share with you my conversation with my good friend Bushra Amiwala.

Bushra Amiwala is a media icon, student, dynamic speaker, and the youngest Muslim elected official in the United States.

At the age of 19, she announced her candidacy for the Cook County Board of Commissioners, with the goal to serve as a voice for her underrepresented generation and other marginalized communities and was successfully elected.

She’s won numerous awards for her leadership and civic participation, including Glamour magazine’s College Woman of the Year, Seventeen magazine’s Voice of the Year, and internationally as CosmoGirl’s Change Maker of the Year. She also travels the country to speak on topics like Diversity + Inclusion, Empowering Youth, and Women in Politics

All this before graduating college.

In this episode, Bushra and I talk about Burnout, what it means to be an entrepreneur, and what you should know before running for office.

As always, thanks so much for choosing to spend your time with us. It truly means a lot that you’re here, and I can’t wait to share this episode with you.

Her campaign has been covered nationally by outlets such as the Chicago Tribune, The New York Times,Teen Vogue, and landing her on the cover of TIME magazine. Bushra recently went down in the Chicago History Museum as the Youngest Muslim Elected in the United States.

Her leadership has extended far beyond her campaign as she’s inspired countless others to increase their civic participation. As a result, she’s been named Glamour magazine’s College Woman of the Year, Seventeen magazine’s Voice of the Year, and internationally as CosmoGirl’s Change Maker of the Year. Bushra was awarded the Public Peace Ambassador award sponsored by the United Nations, and has been named is one of the 18 people to remember from 2018.

In addition to these wards, Bushra is the subject of an original documentary, the female candidate on RUN the Series, and she has made hundreds of TV and radio appearances, including outlets such as Fox, NPR, ABC, and PBS.

Bushra has spoken at countless colleges and universities, organizations and international companies, with live audiences ranging from 25 to 15,000 people. She is currently a senior at DePaul University and serves on the Board of Directors of the Indo-American Democratic Organization (IADO), GenerationVote, Women Empowering Women in Illinois Legislation (WeWill) and SheVotesIL. She holds her elected seat on the Skokie Board of Education, as its youngest member.

Copy and paste the code below to embed Episode 005 The Elevate Podcast into your website.